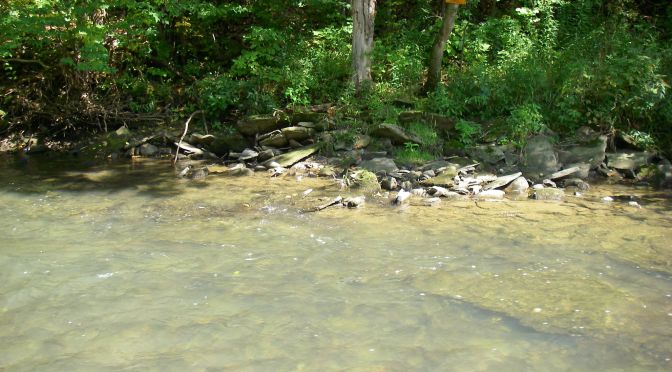 As the largest salamander in the Western hemisphere, you wouldn’t think that hellbenders could easily slip under the radar. However, these well-camouflaged, aquatic creatures are rarely seen, and due to loss of suitable habitat, they are being seen with increasing rarity.

In New York, hellbender salamanders live exclusively in the Susquehanna and Allegheny river drainages, including their associated tributaries. Numbers are declining in both of these ranges, particularly in the former, where hellbenders are all but extirpated. A “hellbender head-start program” has focused on the Allegany Region, where earlier this year a number of captive-raised hellbenders were released into the park’s streams. The captive-rearing program has been a collaboration between the New York State Department of Environmental Conservation, the Bronx Zoo, the Buffalo Zoo, the Seneca Park Zoo in Rochester, NY, and the Seneca Nation of Indians. More information on that project can be found here.

Check out this cool video featuring awesome hellbender action produced by Freshwaters Illustrated, an organization which produces educational media about the life, study and conservation of freshwater ecosystems.