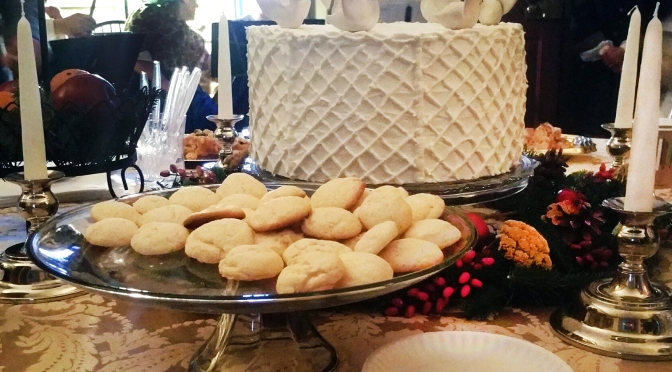 Crailo was once a fortified home belonging to Hendrick van Rensselaer, a member of a wealthy Dutch family involved in settling the Upper Hudson Valley during the mid-1600s. For the van Rensselaers and other Dutch colonists, holidays on the Hudson began with the Feast of St. Nicholas on December 6th. According to the legend, the Dutch St. Nicholas, known as Sinterklaas visited homes and filled good children’s shoes with treats and gifts. In 1675, Crailo’s owner, Maria van Rensselaer, purchased suntterclaesgoet, or “Sinterklaas goodies,” (possibly a special type of cookie) in Albany, in what might be the earliest reference to Sinterklass in New Netherland and New York.

St. Nicholas Day began the holiday season in Colonial New York, and Epiphany, commonly known as Twelfth Night, marked the end of the Christmas season.  In Western Christianity, the Feast of the Epiphany commemorates the arrival of the Magi, or Three Kings, to Bethlehem. This was traditionally celebrated on January 6th, the 13th day and the ‘twelfth night’ after Christmas.

In the 17th and 18th centuries, Dutch and English residents of Albany and the Upper Hudson Valley celebrated Twelfth Night with both religious services and high-spirited entertainment. While there are no primary sources that describe exactly how the Schuyler family celebrated the holiday at Schuyler Mansion in Albany, letters and journals do mention popular customs such as calling on friends, throwing parties, and hosting elaborate meals. Alongside this, were the traditions of wassailers, or carolers parading through the streets and the Twelfth Night cake – an elaborate confection with a bean baked inside. The person who found the bean in their cake slice was crowned “King” for the evening and led the evening’s toasts!

Each January, Schuyler Mansion and Crailo recreate some of these colonial era traditions with their own 17th and 18th century-inspired Twelfth Night celebrations.  Schuyler Mansion’s “Salutations of the Season!” features live musical performances, reenactors in 18th century clothing, refreshments, and an evening of cheer. While across the Hudson at Crailo, Dutch colonial reenactors prepare traditional Dutch foods over the open hearth, play historic games, and celebrate “Twelfth Night” in true 17th century style.

Cooking over the hearth in Crailo State Historic Site 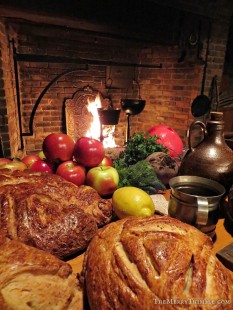 Schuyler Mansion’s “Salutations of the Season!” and Crailo’s “Twelfth Night” will be held January 5, 2019 from 4:00 PM to 7:00 PM.  These evening programs are a unique opportunity to celebrate the end of the holiday season in historic fashion.  The celebrations also represent the rich and storied history of New York’s upper Hudson Valley – settled by the Dutch, taken by the English, and then a hotbed of military and political activity in the era of the American Revolution.