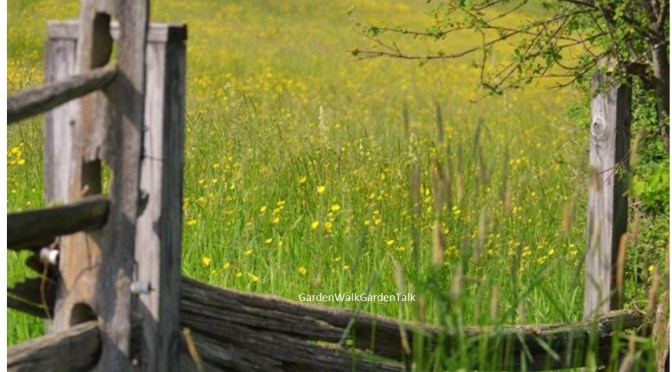 Knox Farm State Park (Knox), located in East Aurora, is the former country estate of the celebrated Knox family. Seymour H. Knox, founding partner of the F.W. Woolworth Company, purchased the property in the 1890’s to train Standardbred and carriage horses. The Knox family made significant contributions to the business, educational, and cultural legacy of Western New York and owned the property until 2000 when it was sold to the state. Today the park consists of 633 acres, roughly 400 of which are grasslands and 100 acres of woodlots and wetland areas.

The grasslands provide a unique opportunity to enjoy a diversity of life that cannot be found in many other places in Western New York. Visitors can hike, ride horseback, cross-country ski, or snowshoe through the scenic trails. No matter the season, Knox always provides a memorable experience.

After the winter thaw, some of the most anticipated yearly arrivals to the park are the boisterous bobolinks and eastern meadowlarks. Both bird species only nest in grasslands and can be found in large numbers throughout the park. Bobolinks breeding in Knox may have migrated from as far away as Argentina, making them the longest migrator of any of the New World passerines, or perching birds! Males perform a captivating display flight making a series of buzzes and whistles that sound like R2-D2 from Star Wars. 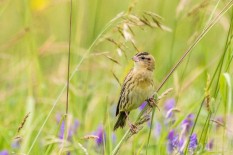 Another grassland representative of the park, the eastern meadowlark, is usually heard before it is seen. They can be found along the trails singing their sweet, lazy whistles from atop a fence post or stalk of high grass. Like bobolinks, female eastern meadowlarks build their nests in a small depression on the ground, hidden amongst the tall grasses. Other grassland birds you may encounter are savannah sparrows, field sparrows, and eastern bluebirds.

While walking the trails you may also encounter a striking resident of the park, the Baltimore checkerspot  butterfly (Euphydryas phaeton), named for the orange and black colors of George Calvert, the first Lord of Baltimore. The caterpillars of these beautifully marked butterflies can be found in wet areas of the park where they feed on white turtlehead (Chelone glabra). However, they are more frequently encountered along the grassland trails where they make use of English plantain (Plantago lanceolate). Adults can be found nectaring on common milkweed (Asclepias syriaca) and other flowers in the designated butterfly meadow.

A walk through the grasslands of Knox will always yield an exciting surprise. From incredible vistas to the theatrical display flights of male bobolinks, you’re guaranteed to walk away with a feeling of bliss. All trails in the park are easy to walk and some paths are even paved, making them accessible to all. If you haven’t made a trip to Knox Farm yet, be sure to mark it on your list and enjoy this unique and diverse park.

For those interested in learning more about the grasslands of Knox, guided hikes are offered through the Niagara Region Interpretive Programs Office.

Ganondagan State Historic Site (Ganondagan) celebrates and interprets the lives and culture of the Seneca people, specifically the Seneca that lived on site between 1655-1687. The site is 570 acres, and in 2009, a 70-acre portion was set aside for grassland management. Journal entries from European visitors during the time of Seneca occupation, described the areas surrounding Ganondagan. In 1669, explorers Galineē and Dollier described vast oak openings with sparse, but lofty, oak trees and grasses taller than a man that extended for hundreds of miles in every direction.¹ These observations paint a picture of warm season grasslands, with grasses reaching heights of 8 feet or taller, sparse wildflowers and oak trees around their fringe.² Warm season grasses begin growing in June, reaching full maturity by August or September. Some of the earliest observations indicate that the Seneca people burned these grasslands annually, managing them to attract game animals and birds, and to facilitate nut collection.³

The 70 acres set aside for grassland management began its transformation in 2009, with the goal of recreating the landscape that existed for the Seneca at Ganondagan almost 400 years ago. A fully established warm season grassland can support many forms of life, and at Ganondagan it is a haven for rare grassland bird species. Grasslands are ecosystems maintained by natural disturbances like fire. Without disturbance, a grassland will gradually go through the steps of succession to become a shrubland and later a forest.

Before the prescribed burn at Ganondagan in May 2017, the grasslands had begun to build up a thick thatch layer, decreasing both the amount of sunlight reaching its sun-loving plants and the amount of bare ground between plants (which grassland birds and mammals like for habitat).

Time of year can play an important role in how an ecosystem reacts to a burn. At Ganondagan, a spring burn was chosen to cut off early growth of invasive species and to promote the growth of the warm season grasses like big bluestem and Indian grass. Future prescribed burning done on the site may happen in different seasons depending on the desired outcome. For example, a prescribed burn taking place in this warm season grassland in the fall would promote the growth of forbs (broad leaved plants), such as wildflowers. Regardless of the timing, a properly done prescribed burn will not completely remove grasses or forbs, but can help achieve the best plant composition for grassland birds.

This valuable management tool will continue to be used at the Ganondagan State Historic Site and are exploring future opportunities.