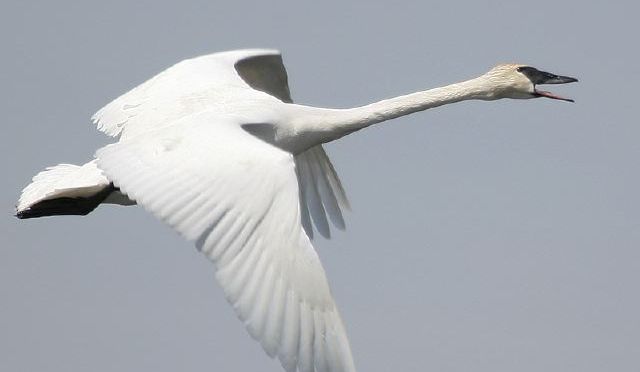 Mute swans are large, impressive birds that many people are delighted to see in public water bodies and in New York State Parks.

However, many people are unaware that mute swans are a non-native species which can create negative impacts in our parks. Mute swans (Cygnus olor) were introduced to the U.S. from Europe during the late 1800s and early 1900s as decorative accessories to zoos, parks, and private estates.

In New York State, Mute swans were particularly popular on private estates on Long Island and in the Hudson Valley. Many of these pet swans escaped from captivity or were intentionally released into the wild. Since their introduction, wild mute swans have successfully expanded their habitat to the extent that it is now a source of concern for natural resource managers

Environmental Impacts: What do we have against swans, anyway?

Mute swans are highly territorial and will aggressively defend their large territories against other birds—including native waterfowl. This hurts our native bird populations by limiting their access to feeding areas and potential nesting sites. Mute swans may also act aggressively towards humans who walk, swim, or boat too close to their nesting sites.

Besides being physically threatening, mute swans place a greater strain on the aquatic habitats where they feed. Their long necks reach a greater number of underwater plants than other birds’. Besides eating aquatic plants, mute swans tend to uproot much of the aquatic vegetation where they feed, which would otherwise provide food and shelter for native waterfowl species, fish and other organisms.

The tundra swan is one of two native swan species in New York State (the other is the trumpeter swan, see below). A graceful tundra swan is an incredible sight for bird lovers. The average tundra swan has wingspan stretching just over five feet. While the tundra swan is the smallest swan species observed in New York State, averaging more than 14 pounds, they are still larger than a Canada Goose. While Tundra Swans are similar in size and coloring to trumpeter swans, their voice is distinctly different. Listen for their clear hooting, which sounds like klooo or kwooo.

They typically feed on shellfish, aquatic plants, and occasionally grains. While tundra swans spend most of the breeding season in the Arctic, where nesting and hatching takes place, these strong birds migrate southwards annually and frequently rest, feed, and eat in New York State Parks.

Trumpeter swans are the largest of the North American waterfowl, weighing as average 23 pounds. Their call is a gentle nasal honk, lower in tone than the tundra swan. The trumpeter swan was almost rendered extinct by the high demand for swan feathers for use as quill pens throughout the 1600s-1800s. Trumpeter swans have successfully rebounded and they are relatively common in North America today, but they continue to be rare in New York. Providing and protecting suitable nesting habitat could be key to helping New York trumpeter swan populations grow.

In a few places where the mute swan population is particularly high, State Parks is working with the state Department of Environmental Conservation and Wildlife Services to manage population growth and protect aquatic species and habitats in State Parks. In order to do so most effectively, State Parks is utilizing an integrated, multi-pronged approach: 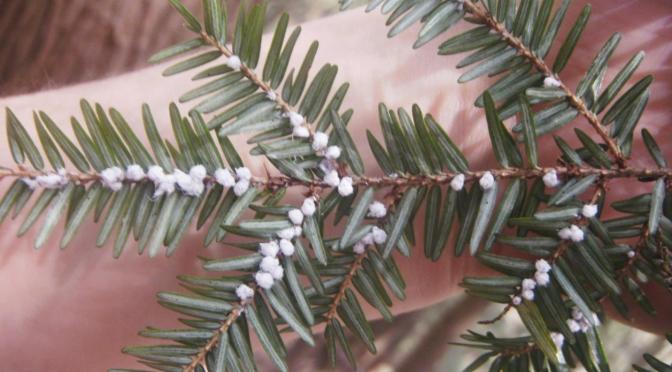 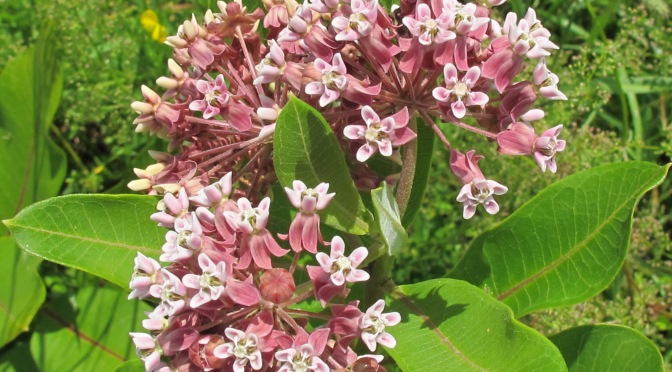 Besides cleaning up our parks, invasive species removal teams sometimes get the opportunity to enjoy the truly lovely flora of New York State Parks. The following pictures are from Invasive Species Awareness Week, where a team cleared out wild parsnip from bird habitat in Thacher State Park.

Wild parnsip (Pastinaca sativa) is a member of the carrot family, but unlike their tasty orange relatives Wild parsnips can bite back! Wild parsnip contains chemicals called furanocoumarins, which, when exposed to sunlight on skin, can cause phytophotodermatitis, a toxic skin reaction. The chemicals prevent the skin from protecting itself from ultraviolet rays, resulting in the worst sunburn of your life.

The removal of wild parsnip from the field benefits grassland birds, like the bobolink, and also promotes the growth of native plants like milkweed. Milkweed plants (Asclepias spp.) have been used culturally as food, fiber, and medicine. In addition to being the only plant that monarch caterpillars can live and feed on, milkweed species are attractive to many other insects, including the large milkweed bug, common milkweed bug, red milkweed beetle, blue milkweed beetle, and all sorts of bees. Certain predators, like yellow jackets and crab spider, make a point of targeting flies and bees that visit the flowers. Native birds enjoy snacking on these insects, too!

The featured image is of milkweed blossoms at Thacher State Park, by Melissa Plemons. Post by Paris Harper. 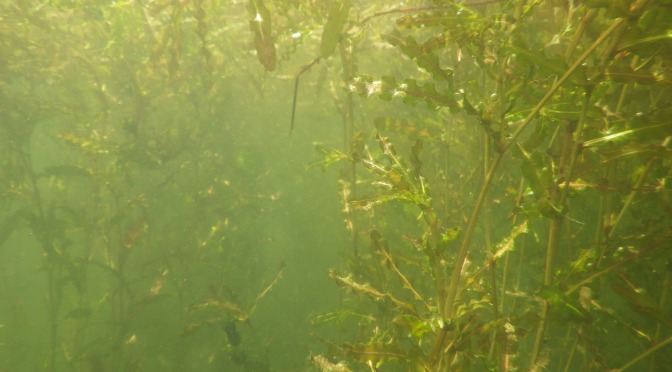 No one likes to hop into the water on a hot day and find a slimy, tangled forest of plants. In many state parks, aquatic invasives plants encroach on public swimming areas, ruining recreational areas as well as habitat for native species in the same lakes and ponds. At Rudd Pond in Taconic State Park in Columbia County, a simple management strategy may prove to be an effective way to protect a swim area against unpleasant and unwelcome weeds.

Benthic barriers are porous mats that are placed on the bottom of a lake or pond. They restrict sunlight from reaching the lake bottom in the areas where they are installed. The absence of sunlight restricts the growth of aquatic plants.

The benthic mats are used to create a buffer zone to prevent aquatic invasive species from threatening the utility of the public swimming area. An aquatic weed harvester is used to cut the plants below the surface in the main part of the pond. However, harvesters do leave behind fragments of plants that can regrow. There is no single perfect solution to managing aquatic invasives, but the use of several management strategies continues to show improvement at Rudd Pond.

Featured image is of curly-leafed pondwater underwater adjacent to the Rudd Pond swimming area. Photos and post by Paris Harper. 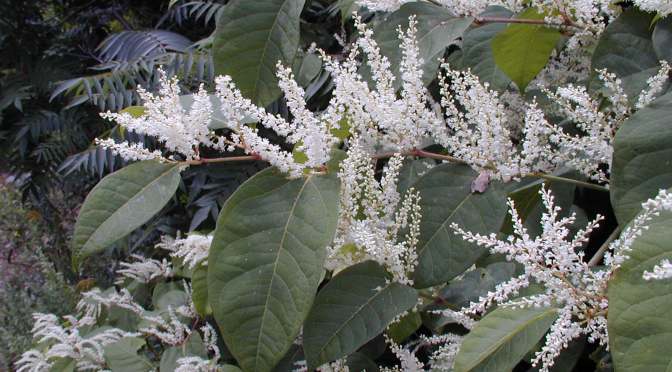 We’re celebrating Invasive Species Awareness Week, and so here’s some information on a cool new software that’s used to document the occurences of invasives species in New York:

iMapInvasives is an online mapping tool that collects and displays geographical data for invasive plant and animal species. Invasive species are non-native plants, animals, and pathogens that cause harm to the environment, the economy, or to human health. In the past, early detection of invasive species has been difficult, and management typically only began well after the invasive population was well-established. iMapInvasives is a tool sophisticated enough for monitoring and management projects, but easy enough to use for a citizen scientist to upload point data on a patch of pernicious weeds growing in his or her backyard. In this way, the software broadens the scope of invasives monitoring, promotes early detection of invasive populations, and helps natural and agricultural resource managers know where to look for potentially harmful invasives.

While iMapInvasives is available to everyone who requests a login, training in the online software is available, and it’s required for anyone who wants to use the more advanced features of the program. I was able to participate in the beginner and advanced training courses for iMapInvasives, provided by the Capitol/Mohawk PRISM (Partnerships for Regional Invasive Species Management) in Voorheesville.

In the basic course, we learned identification techniques for some common invasive plants and insects, including Japanese Barberry, garlic mustard, Asian long-horned beetle, and hemlock wooley adelgid. We also learned how to input our data into the software and perform searches based on different parameters which might be used by project managers.

The advanced course covered agricultural pests, aquatic plants, and some additional terrestrial plants, and we learned how iMapInvasives can be used to record treatment data and to survey large areas for the presence or absence of invasive species.

I attended the training as an employee of State Parks and the Student Conservation Association, however, other attendees were from other state agencies, as well as members of Park Friends groups, gardeners, and non-profit groups such as the Sierra Club.

If you would like to get involved, go to www.NYiMapInvasives.org and:

2)      Get trained with online video training, or sign up for the course

3)      Login and begin mapping on your computer or smartphone!